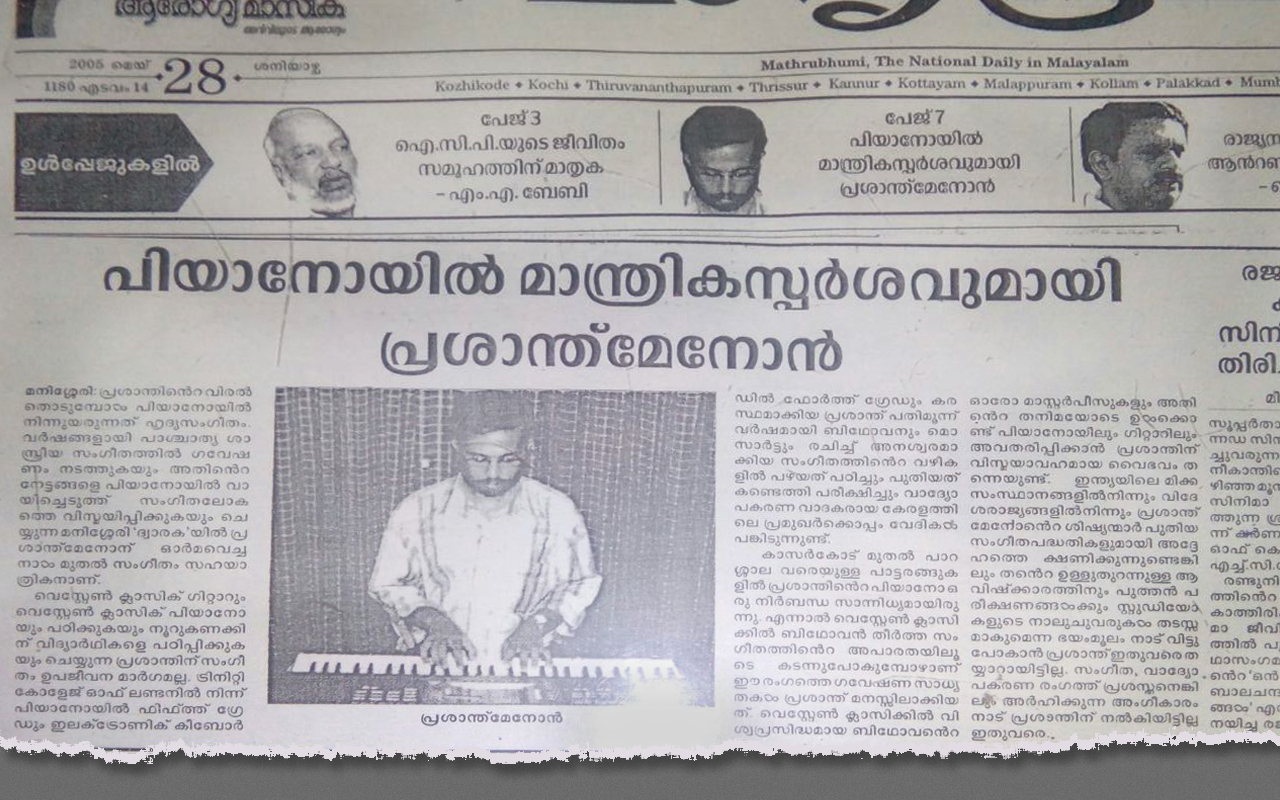 Prasanth Menon with his magical fingers on piano.

– transliteration of the article published on Mathrubhumi daily- Heartful of music is born when Prasant’s fingers touch the keys of the piano. For years Prasant has been astonishing the world of music by his amazing ability to play the piano and also for his knowledge in music which he developed by his own continues research and practices. For Prasanth – A native of Manissery near Ottapalam, music has ever been a co-traveler even from his childhood days. For him music is not just a way for living. He has learned western classic guitar and piano and then taught the same hundreds of students. He has achieved 5th grade in piano and 4th grade in electronic keyboard from the Trinity college of London. He has shared the stages with the famous instrumentalists in Kerala sometimes with the classics of Mozart and Beethoven and sometimes inventing his own. From Kasargode to Parassala, Prasanth’s piano was a must in the Ganamelas. But he realised the opportunities of research only when he entered to the classics of Beethoven. He has the amazing talent to present the famous masterpieces of Beethoven in guitar and piano without losing its purity. Even though his students in other states of India and abroad inviting him with a lot of plans, he is not ready to leave his homeland because he’s afraid that the boundaries of a studio may restrict his ambitions to be independent and creative. Even though he’s famous in the field of music he hasn’t received the recognition as he worth of.